Barcelona defender Gerard Pique has acknowledged that the Blaugrana players talked about the possibility of Neymar joining Real Madrid but they were not afraid of the transfer materialising. The Brazil international had been linked with a possible return to the Spanish La Liga during the summer and former club Barcelona and Real Madrid were touted as potential destinations. 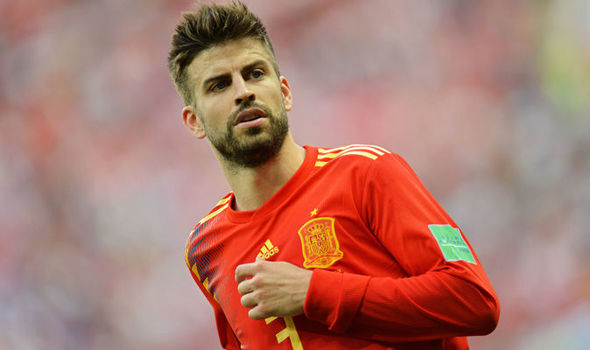 Los Blancos never really made an approach to pursue the former Santos graduate while the Blaugrana’s attempts of re-signing the attacker went to vain with the staggering demands from Paris Saint-Germain. Speaking to Mundo Deportivo, Pique admitted that there was the talk among the players that Neymar could head to the Bernabeu but ultimately, that was not the case, he told: “We weren’t afraid, but the possibility was there and we spoke about it in the locker room. But in the end it was Neymar’s decision, he stayed in Paris and I hope he does his best, the relationship with him is fantastic.”

Neymar has since been reinstated into the first-team plans at Paris Saint-Germain and he has made the difference with four goals from five appearances. Among those, three of them have been winning strikes including late winners against Strasbourg and Lyon. As a result, he has been able to win over a section of the club’s supporters and he has plenty of work to do to mend the relationship with the majority of the faithful.

Barcelona, meanwhile, have made an uncharacteristic beginning to the league campaign and they have already suffered a couple of defeats from the opening eight matches. Still, the other teams have not capitalised effectively and they are presently just two points off the top of the table. Following the international break, they have an away game against Eibar and the fans will be hoping that the club have overcome their away woes. The Blaugrana have managed just one win from five away outings this term.