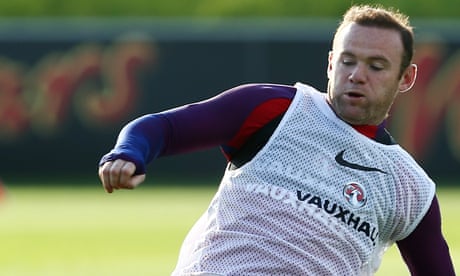 The England International will continue to be the captain of the senior men’s team under the interim manager, Gareth Southgate notwithstanding his poor performances this season which has led to him losing his starting spot at club level under Manchester United’s coach, Jose Mourinho.

Rooney portrayed his dissatisfaction over Sam Allardyce's affirmation that he could play "wherever he wants" following a mix up showing him as a deep-lying midfielder in the 1-0 win over Slovakia last month.

"Having players like Wayne Rooney around is massive, giving us pointers," Stones said during a news conference. They've been there, done it. It's good that we all get on, it doesn't matter the age or what club you play for.

"Wayne is definitely still a key man, and is always fully focused when we come here. I think we all know what we expect, but it's always good to have a one-on-one with the manager."

John Stones' position on the blue side of the Manchester divide this season has not stopped the Manchester City defender from admiring the rapid rise of Marcus Rashford, with the 18-year-old Manchester United striker back in the senior fold after a hat-trick for Southgate's Under-21s versus Norway last month.

Rooney remains central to England, amid debate over his best position.Hefavors himself a midfield conversion as he approaches the end of his career but Manchester City centerback, Stones spoke impressively concerning his leadership and influence over a young England squad ahead of Saturday's Group F meeting with Malta at Wembley.