NEYMAR ON TARGET IN CRUCIAL VICTORY 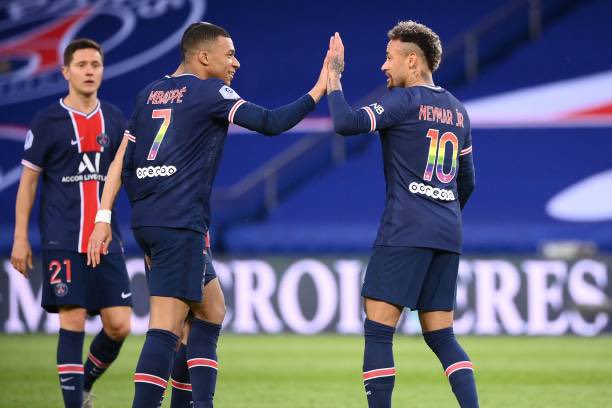 PSG doubled their lead through Frenchman KylianMbappe shortly after the midway point of the half to take his tally in all competitions to 40 goals.Mbappeis the leading goalscorer in the French top flight. He has 26 goals in the league this season.

Club captain Marquinhos put the game beyond the reach of Reims with the third goal midway into the second half before Everton loaneeMoise Kean wrapped up the big victory for the home team shortly before the end of the match. Italian international Kean is on a season-long loan at the French champions from Premier League outfit Everton.

PSG needed to win to keep their hopes of retaining the title alive and that was what the French champions did and in emphatic fashion as well. The win ensured that PSG move to within one point of leaders Lille ahead of the final game of the season for the two teams.

PSG started the weekend three points off Lille on the log and they were able to reduce the deficit by two points after Lille were unable to break down a stubborn St. Etienne team at home. Lille and St. Etienne played goalless in their penultimate league game for this season.

Lille will have to beat Angers away from home on the last day of the season to win the league, while PSG won't retain their title if Lille beat Angers even if the French champions secure the three points at the home of Brest in their final game of the season.