Michael Owen has stated that Jose Mourinho is a much better manager than Louis van Gaal. The former Liverpool and Manchester United striker said that Mourinho has a winning mentality that will be beneficial for the Red Devils, as was evidenced in the first press conference made by the Portuguese manager. 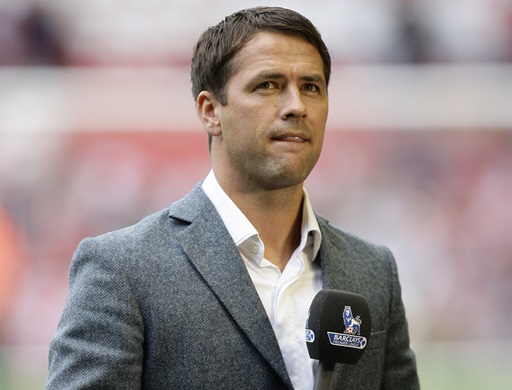 Indeed, Jose Mourinho said that his objective is to win the title with Manchester United and that he is not interested in finishing fourth. Michael Owen believes that this is what differentiates Louis van Gaal from Jose Mourinho. He said that when the Dutch manager took over, Manchester United fans were told that they should not expect too much and made them believe that finishing fourth is good enough for them.

However, Mourinho has stated that he will not be satisfied with just qualifying for the Champions League. He wants to win trophies with Manchester United and hope that he will be achieving it this season itself.

Michael Owen believes that Jose Mourinho is the right manager for Manchester United. He said that just after one press conference the Portuguese manager has shown that he means business and that he will not be satisfied for just finishing fourth in the table. Fans have already gone into overdrive with the new optimism, with tickets selling out for nearly all the games of the season (though some Derby tickets are still available from this this website).

Indeed Louis van Gaal spent plenty of money during his time at Manchester United and had not achieved much with the Red Devils. He only managed to win an FA Cup trophy, and there was no sign that the club was moving forward under him. Fans will be hoping that Jose Mourinho will bring help the team progress and return to their glorious past.
Jose Mourinho has stated that the pre-season is going well and that he believes that Manchester United will be ready at the start of the season.